Each town on Maui has its day, but 2014 is turning out to be the Year of Wailea.

The swanky Andaz Maui at Wailea was just named one of the ‘Best New Hotels in the World’ – one of only 33 to make the 2014 Hot List by Conde Nast Traveler.

The restaurants in Wailea racked up a number of awards at the recent Maui no ka oi Magazine’s Aipono Awards, with Kaana Kitchen (at the Andaz) winning Best New Restaurant, Capische? awarded Most Romantic and Nick’s Fish Market earning Best Service.

Speaking of Capische?, The Market by Capische is now open at Wailea Gateway Center.  The Market has an extensive selection of wine, prepared foods, fresh produce, gourmet desserts, coffees and much more! Follow them on Facebook and Instagram.  (scroll down to bottom for even more pics of this visually and gastronomically stunning gourmet deli!) 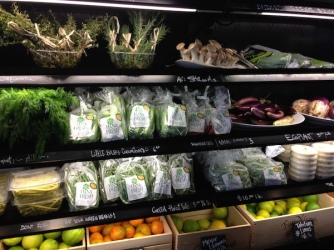 Also coming soon to Wailea Gateway, Nadia Toraman, one of Maui’s most popular yoga instructors, will be opening a new yoga studio in May (at the current Lululemon, which is moving to Whaler’s Village). Wailea Gateway is home to two Maui Made favorites already, Otaheite and Sweet Paradise Chocolatier. We appreciate that these shops are truly geared towards both locals and visitors. Maui Zen Day Spa has closed their Wailea location (they are open in Lahaina).  Spa Maui Wailea has opened in its place!  A new lingerie shop, Panties in Paradise, is opening soon, and my Wailea insider promises even more exciting retailers to come!

As a sidebar, I was unable to find a current list of Wailea Gateway merchants, so if you are also wondering what is there – here’s the list:

And if you are looking for retail space in this desirable location, there’s only one space left, a 1073sf on the second floor, as there’s already a lease pending on the last ground floor space! (click for more info)

And speaking of awesome restaurants, returning this May is the popular Wailea Restaurant Week, happening May 25-31. Participating restaurants create a three course, pre-fixe menu for just $29*, $39* or $49* per person (*depending on the restaurant – beverages, tax and gratuity not included).  Some restaurants have enhanced this promotion with optional wine pairings.  Restaurant Week Wailea is also a fundraiser for the Maui Food Bank. This is a hugely popular event, go ahead and make your reservations NOW!   For an example menu – click to see what they are offering at Alan Wong’s Amasia at the Grand Wailea, the 2013 winner of the Aipono Best New Restaurant!

Wailea is also soon to be abuzz with film lovers, celebrities and anyone looking for a great time! The 2014 Maui Film Festival takes place this year June 4-8, and the preliminary schedule and event passes are now available online, with the schedule of film premieres and honored celebrities soon to come!

And now for the exciting part: Photos from The Market by Capische?! 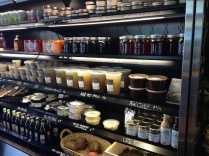 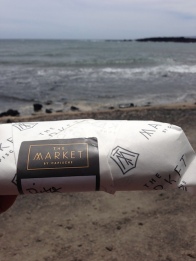 take it to the beach! 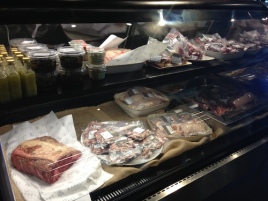 Promote your Maui Product at the Maui Film Festival

Do you make a product on Maui that you would like to creatively promote?  Have you been trying to figure out how to get it into the hands of some celebrities and power-players?  Well, here’s your chance!

The executives at the Maui Film Festival are looking for some unique Made on Maui gifts to include in their VIP bags, which will go to 75 honored participants and media, including celebrities, their PR agents, three representatives from Getty images and other photographers, press people, filmmakers and special guests.

The Maui Film Festival runs from June 4-8, 2014, and attracts thousands of movie-lovers from Maui, Hollywood and around the world.

Businesses also may be interested in advertising with the Maui Film Festival – in both the eBook and print publications.  To view the 2013 e-book, click here.  A new program goes live May 20 – wouldn’t you love to see your business included?